Just before a tournament, I need to check to see if there is a tie break or overtime in this soccer game. I have seen many systems to end a game if both of the teams score the same. The rules have been changed many times by FIFA. Let’s see what the current rules are.

How was soccer invented?

The point system for all of the leagues is 1 point for a tie and 3 points for a win. This system changes when teams are in the playoffs for the championship or a tournament. There have been many types of ways to end a game over the years, it’s easy to get mixed up.

Some people don’t like to end a game with a penalty shoot-out. They think it is not a fair way to decide the game and there should be a way to do it with the normal game.

I don’t mind a penalty shoot-out – it must end one way. It could be funny if the games were just allowed to go on until there was a winner – what would be the longest game ever!

There have been introductions over the year to change the system. Do you remember or did you hear of the golden goal rule? Or the silver goal rule?

Golden goal rule: If a game ends in a tie break, there is a small break. Teams would enter the field and like normal, there are two halves of 15 minutes. The first team to score in overtime wins the game. If no team scores in overtime, the teams would have penalty kicks at the end like normal.

Silver goal rule: When there is a tie after 90 minutes, the teams will play overtime. The teams will play a 15 minute half. During this half, if a team scores more than the other team, at the end of the half they will win the game.

When the game is a tie at the end of the first half of overtime, the teams will play the second half of 15 minutes.

If a team scores more than the other team in the second half, by the game that team is the winners. If both of the teams are level after 120 minutes, they will have a penalty shoot-out.

The golden goal and silver goal are not used anymore. It was an interesting system and created a lot of buzz at the time.

A league match in the MLS has the same scoring system, 1 point for a tie and 3 points for a win.

From 2019, the top 7 teams progress to the playoffs. There is one match in the play-off rounds, unlike before where there were two-legs. The team that finished the highest in their conference progress to the semi-final.

The highest seeding team hosts the game. During the playoffs, if a game ends in a tie after 90 minutes, there is overtime. The overtime will be two halves of 15 minutes and one team score more than the other, they win.

If the game is still a tie after 120 minutes, the teams will have a penalty shootout.

Points are given the same for a league match, 1 for a tie and 3 for a win. In the EPL there are no playoffs, so the team with the highest points at the end of the season wins the league.

The matches that end in a tiebreak up to the fifth round, have a replay. If the teams are still tied after 90 minutes, the teams go to extra time and then on to penalties.

The games after the fifth round, do not have a replay – this is to reduce the number of games. To finish the game in a tiebreak, the normal extra time and penalties will conclude it.

The Champions League begins with a league format. 4 teams in each league, the teams play each other home and away. Teams are awarded 1 point for a draw and 3 points for a win.

After the league format is finished, the teams are picked from a draw to play each other. Teams from the same leagues or the same countries cannot play each other in the first knockout round.

The teams in the eliminators will play against the team they draw twice, home and away. The first team picked out of the draw will play at home first. In the second game, if the teams are tied, the team that scored more away goals will win.

Both the teams have scored the same amount of goals, but because Manchester United scored 2 away goals and Barcelona scored 1 away goal, United progress to the next round.

If the teams score the same amount of goal as each other, eg. 2-2 and 2-2. The second game would go to extra time after 90 minutes, then a penalty shootout.

The final is a similar format to the other competitions. If the teams are tied after 90 minutes, extra time is played. If a team scores more than the other team in the 30 minutes of extra time, they win. After 120 minutes if the teams are still tied, it goes to penalties.

The World Cup start with group stages, mini-leagues similar to the Champions League. With 1 point for a tie and 3 points for a win.

The teams that qualify from the group stages go into the playoffs. The playoffs are one game and if the teams are tied after the 90 minutes, they play overtime.

If a team scores more in overtime, they win the game. If it is still tied, they go on to have a penalty shoot-out.

I do like the systems that encourage teams to score more. The Champions League has done that to good effect, awarding teams for scoring more away goals.

Some proposal has been to replace the penalty shoot-out with another system. After extra time, a player will dribble the ball towards the goal and shoot and the goalkeeper will be able to move in their box. This would be fun to watch.

Why does soccer end in a tie?

There are ties in soccer for those teams competing in the league. They will be awarded 1 point for a tie. The incentive is to win and get three points.

What is a tie called in soccer?

In England, they call a tie a draw. In the States, it is called a tie.

What is overtime called in soccer? 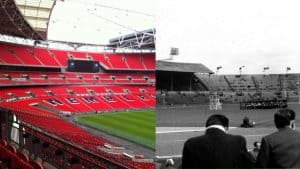 How Soccer Has Changed: Game-Changers 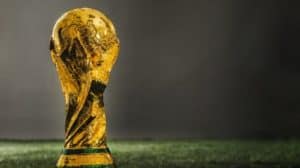 How did Soccer Spread Globally? Packed Past