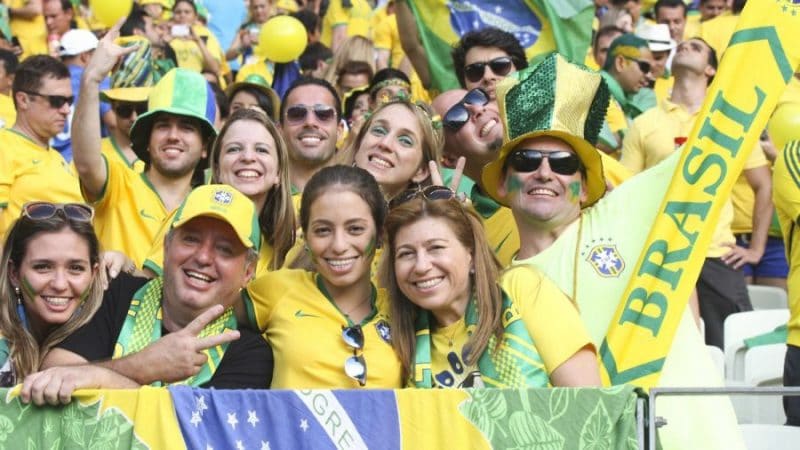 I think soccer is the best game in the world, but why, what shows us so. It’s called “the beautiful game” around the world and followed with such appeal. Sure other sports have their merits and are good for certain aspects, but there must be some reason why its popularity is unmatched.

Why is soccer better than football, baseball, and basketball?

“Some links may be affiliate links. We may get paid if you buy something or take action after clicking one of these”

That’s a bold claim, but we don’t make it lightly. In soccer, creativity can win a game out of nowhere. It’s that magic x-factor that can decide a close game between 2 even opponents, or let an underdog beat one of the giants in their own backyard.

On an individual level, it’s incredible to watch some of the game’s most creative players. Leo Messi is renowned for his ability to pick the perfect pass at the perfect time.

It seems like time stands still as he looks at the field and then magically puts the ball in the ideal spot for one of his attacking partners. He sees the game before it happens, knowing where his teammates will run and where the defender will be caught off-guard.

Landon Donavon was famous for a different sort of creativity. He scored so many goals from the edge of the penalty area, making a run from midfield at the moment no one expected. He made it looks easy, but only because he had the creativity to see where the ball might be in 5/10 seconds, and the confidence to act on it.

Likewise, managers can win games before they even start with the right tactics. Whereas football is quite restrictive with what’s legal and what’s not, a soccer manager can choose to line up with 7 attackers, and 3 defenders if he really wants.

This has led to incredible creativity, like Barcelona playing without a striker, or many modern teams playing with 5 players who shuffle around the defensive positions to let one of them always go forwards.

To start up a quick game in your yard, check out these 30-second folding goals on Amazon. So handy to move out of the way when your game is over.

The experience is incredible. It’s like nothing else in the world because the scale and dedication is something that’s seen in few other places.

At times, it can feel more like a political rally than a game. The sheer commitment fans have in soccer is incredible. You’ll see grown men cry as their team lose a game, or enter absolute bliss when that first goal hits the back of the net.

This is their club, it has been for decades. They’ll turn out in the sun or rain to cheer their team on. They’ll travel hours, they’ll keep cheering even when their team is soundly beaten. Why? Because it’s their team.

All you need to play soccer is a soccer ball. Everything else you can improvise. Any schoolboy will tell you how easy it is to make goalposts out of sweaters in a park, yard, or street. You can even use a different ball if you have to, just so long as it’s round!

This makes it easy for anyone to play at almost any time. Countries like Brazil and Argentina, who don’t have the economic status of the US, are incredible at soccer.

Why? Because they can play it even in the narrowest streets of the slums, picking up incredible ball control skills that allow them to dominate when they reach the pitch. This is a unique part of what makes soccer such a brilliant game, adopted across the world.

Soccer: The World’s Most Popular Sport

Soccer is more popular than football, baseball and basketball combined. It’s not even that close!

There are estimated to be around 3.5 billion soccer fans in the world, from Australia to Peru. It’s a game that’s loved across the globe: you’re never far from a bar where you can discuss the game with a bunch of enthusiastic fans.

One of the coolest things about this is that it means that you can never be quite sure who’s going to win a tournament. Sure, there are always favorites and there are a dozen countries that are traditionally top tier, but there’s always room for upsets.

Greece famously won the 2004 Euros, Italy was knocked out of the World Cup by Japan and the usually amazing Germany crashed out of the last World Cup after losing to a group full of underdogs.

It also means that you’re rarely going to find a place where a pickup game or weekly league isn’t available. If you love playing soccer, chances are that there will be some way for you to play it with other people, no matter where you are.

The Appeal of Soccer

One of the most appealing things about soccer is its pace. It’s a joy to watch, especially compared to slower sports like football and baseball. There is no length stops between play, no highlights, no breaks for music, and cheerleaders that can interrupt your focus on the game. It’s just pure soccer for 45 minutes.

There are the odd breaks when a player gets injured, but generally, it’s just all about the play.

We love these so many reasons. You don’t watch a TV show and stop every 5 minutes to hear expert analysis on what’s going on. And isn’t it so much better when you watch a movie at the cinema and you don’t have commercials just as it’s getting tense?

It’s more exciting, more nail-biting, more dramatic. As much as it can suck when your team is going into the final 15 minutes defending with 9 men, it’s one of the things that makes soccer great.

It also makes the game way more interesting to play. For starters, you know that once you get out on the pitch, the next 45 minutes is going to be a challenge. That lets you get totally into the zone, thinking about nothing else but how to win. It’s also more of a test.

You’ll need the fitness levels that will let you chase down a sprinting winger in the 85th minute. You’ll need to stay focused on the game, waiting for the right moment to intercept the ball or play the killer pass. It makes the game more complex and interesting. For more useful guides, see the articles below or visit our home page.

Is Soccer popular in America? It’s an old stereotype that soccer is not very popular in America, but the numbers show a very different story. Soccer will soon be the nation’s 3rd favorite spectator sport, behind football and basketball. Soccer is increasing being played at schools and the MLS is gaining a lot of respect around the world.

Soccer Cleats vs Other Cleats: Detailed

How Was Soccer Invented?