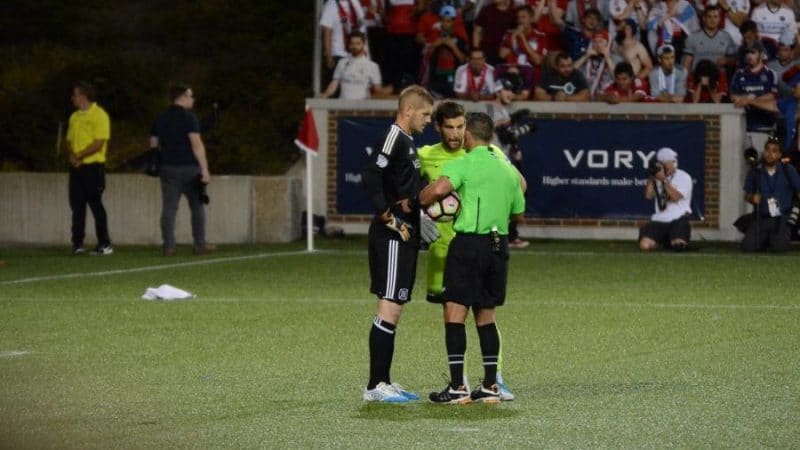 Soccer referees sometimes get a hard time on the field with 22 testosterone-fueled players. Other times their job seems quite simple and enjoyable, although you do need to keep level-headed during the heated moments. Players, managers, and fans rarely give plaudits to the referee, is it worth it?

That figure did not change from the 2017 financial year and is to be in the same region when the latest financial statements are published online.

Now that we know how many referees contribute to United States Soccer, in monetary terms, it might be prudent to establish what they get. United States Soccer spends about 4.5 million dollars on its referee program, which pales compared to the money which it spends on the management and the national team players.

Perhaps the more pertinent discussion needs to center on the compensation of referees operating in the United States – and elsewhere in the world. As of 2019, United States Soccer has 15 refereeing grades.

We say because we are excluding the beach and indoor referee grades. Of particular interest to those of you reading this article are the top four levels.

So, we have already established that United States Soccer has a restricted budget for its referee program but we will now also learn just how thankless a job it can be, even for those operating at the top level.

These figures are confirmed by Sapling which highlights that the rates for soccer referees experience a meaningful increase during the play-off stages of the MLS.

It is also worth noting that the better performing referees are the ones most likely to get additional earning opportunities during that phase of the MLS season.

The figure is increased once again for the MLS Cup game, which pays referees about $1,500. In the MLS season, soccer referees are also subjected to intense scrutiny and get rated on their performances. The top five performing referees in the MLS earn near 1, 500 dollars each.

Those figures get lower, the lower the referee levels are. Another important consideration to make here is that many of the soccer referees operating in the United States are not on salaries or retainers.

Pay as you Ref

When you then consider the level of scrutiny that they subject referees too, both at the stadium and on the television set, it then forces one to question whether the trouble is worth it for the best soccer referees out there.

The jury is also out on the impact this will have on the integrity of the game in both the short and long term, in poorer leagues were a few extra bucks for two dodgy decisions will guarantee food on the table for your family.

Features
Dri-FIT fabric wicks sweat while mesh ventilates. Ribbed collar provides a snug yet nonrestrictive fit.
Features
Lightweight team crest is stitched at the left chest. Double-needle stitching at the hem and cuffs for a clean, polished finish.
Features
Team pride label is screen printed on the back neck. Side is taped from the hem to the armhole for a comfortable feel against skin.
Rating
Amazon
Buy Now
Product
New Balance Mens International Soccer...

Soccer referees officiating in Spain are more valued than they are in other parts of the world from the salary stats from Goal.com.

How Much Do La Liga Referees Get Paid?

Those who secure the opportunity to officiate in Spanish soccer earn about $6,354 per game. We are not claiming that this is the reason for the higher rate in Spain but for anybody who has followed Spanish soccer, the referee role of “protecting players” is a little more valued than elsewhere in Europe.

How Much Do Bundesliga Referees Get Paid?

Soccer referees operating in Germany earn about $3,851 per game.

How Much Do Serie A Referees Get Paid?

Soccer referees operating in Italy earn in the region of $3,667.

How Much Do Ligue 1 Referees Get Paid?

Soccer referees operating in France earn about $2,934 dollars per game.

How Much Premier League Referees Get Paid?

This might come as somewhat of a surprise to some but referees operating out of England do not earn a considerable amount per game and rank low by European standards.

How Much Do Liga NOS Referees Get Paid?

Soccer referees operating out of Portugal earn near just $1,222 per game. That is without a yearly retainer either, which is low, for a league with quite some stature in Europe.

How Much Do Champions League Referees Get Paid?

Not that much more than the big leagues in Europe. The top Champions League soccer referees earn about $6,724. There are three tiers of referees operating on European soccer nights.

The rate per game we mentioned above is reserved for those operating within the elite group of European soccer referees.

The tier below them gets paid $4,645 per game. The soccer referees operating on the lowest Champions League tier earn about $855 per game, which is MLS referee salary territory.

The figures from Bry Soccer could be different in your region, but it is a good guide to get an idea.

Now that we have established how little most professional soccer referees earn, it would be prudent for authorities to test the impact this has on overall performance. When you consider the level of scrutiny that the top professional referees are subjected to, whether that be in broadcast studios or on the armchair in your lounge.

Few people interrogate this matter at length but a study at Citeseerx carried out some great research; On average a professional soccer league season lasts about ten months. Sometimes longer when continental competitions are taken into account.

As soccer referees get paid per game that they officiate, some secure short-term contracts, depending on the status and the region they come from.

We also, know that soccer referees always seem to dominate the discourse, regardless of the impact that they have had on the game. It is a universal disease!

One can only wonder if the improvement of referee’s employment terms would improve the standard of the officiating or do most soccer referees do this for the love of the game anyway?

There is compelling evidence to suggest that the standard of refereeing in the top tier of English soccer improved, after introducing salaried contracts for soccer referees in that country. Any structured salary and pay increase get better output from the workers.

It is satisfying and rewarding to get more than you expected. Whether it is for the love of the game or the rate of salary paid to referees, it is encouraging to see what a referee gets paid.

One or two days a week of actual refereeing does not sound too bad! For more useful guides, see the articles below or visit our home page. 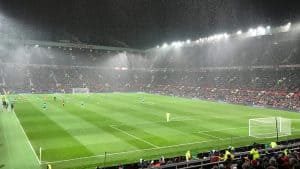