I’ve watched a good number of men’s soccer games (as a fan and coach), and rarely have I seen a female assistant coach.

Are women able to coach a men’s soccer team?

Women are 100% capable of coaching men’s teams, but they still face societal stereotypes, lack of opportunities, and internal battles when trying to coach men’s teams.

You may be surprised to find out that while women face many obstacles in coaching, they not only can coach men’s teams but they should.

Women are allowed to coach boys’ and men’s soccer teams. There is no restriction regarding the gender of coaches for soccer teams at any level.

The first woman to ever coach a professional men’s team was Italy’s, Carolina Morace. Unfortunately, she resigned after two matches due to the President’s interference.

While this isn’t a professional team, it is still something that very few women do.

Recently, in July 2020, Renate Blindheim became the first woman in Norway to coach a professional men’s soccer team. At the ripe age of 26, Blindheim secured a 3-2 victory in her first game as the coach.

why should women coach men’s soccer?

Many critics claim that women cannot have the “experience” of the men’s game. It may blow your mind, but women can add a lot to men’s sports.

When asked what the big difference between coaching men’s and women’s soccer is, coach Kim Wyant said

I don’t tink there are really big differences. I think obviously the male game moves faster. The players are generally bigger and stronger so the game can be more direct. That’s it.

On the other hand, there are many benefits of women coaching men’s soccer.

A 2020 study found that coaches start developing coaching beliefs beginning in childhood and during their playing careers.

Female coaches can impact the coaching beliefs and styles of future male coaches.

Women can coach men’s soccer teams, so why don’t more do so?

Most people stop and think about it — Right? It makes them stop and think, whereas there’s no stopping and thinking about a man coaching a women’s team.

The sad truth is that soccer is a male-dominated system. Boys, men’s, girls’, and women’s teams are predominantly coached by men.

Even in the women’s game, only 20% of head coaches are female. This suggests that there are several obstacles and deterrents for women entering coaching in general.

Furthermore, women who do enter into coaching may seek to be role models for female athletes.

Certainly, representation for players matters. Female coaches may want to bring a perspective they didn’t have as a player to female athletes.

This just scrapes the surface though. Many women may want to coach females, but there is also overwhelmingly pressured to stay within their gender when it comes to coaching.

There’s no simple answer for why so few women coach men. Instead, there are many different obstacles that deter and prevent many women from doing so.

Challenges for women to coach men

Simply put, women face many barriers to entry regarding coaching. These barriers tend to be even larger and more challenging for coaching men’s soccer as a female.

Some of the top challenges women face for coaching men include:

Let’s dive a little deeper into why the inequality of child care and household responsibilities matters.

54 percent of women took leave from work when first becoming a parent as opposed to 42 percent of men.

Head coaching is a leadership role, a high-up position in a club. Generally, even young men aren’t hired as head coaches for women’s teams.

The expectation is that coaches work their way up into higher positions or higher levels. However, high-level coaching requires evenings, weekends, and a lot of travel.

Not all female coaches have children, but you can imagine how this is one major factor that would impact the career path of a female coach.

How can women coach men’s soccer?

We’ve now seen that it is possible for women to coach men’s soccer, and some trailblazers are paving the way. Yet, women still face major challenges.

You’ll be glad to know that women can still coach men’s soccer. Now, for some tips to help:

Ultimately, women coaching men’s soccer teams need to be confident in their abilities. They can’t let society’s negative views hold them back from pursuing their career.

If you’re looking for a pair of pro women’s soccer cleats. Here’s a list that the USNWT wears! Read the full article here to find the perfect cleat for you. 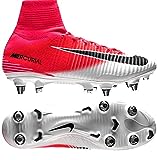 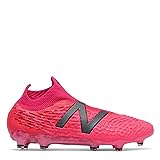