It’s no secret that playing soccer takes a lot of energy, as you’ll be running on the field for 90 minutes. But that’s not all. You’ll sprint, shoot, pass, tackle, and jump for the ball. All this activity eats up energy more than running alone.

Taking a pre-workout before a game can help keep you energized.

Let’s find out what pre-workout is and how it can help with soccer.

Pre-workout is an exercise supplement. As the name suggests, it’s designed to be taken before a workout or exercise. It can be taken to energize your body for physical and mental activities.

Can you take a pre-workout before a soccer game?

Yes, you can take a pre-workout before a soccer game. Take it about 30 minutes before kick-off. This will give it enough time to start taking effect.

Caffeine is a key ingredient in many pre-workout supplements, so check the dosage. Caffeine is a stimulant and will get you going for a game. But if you take too much caffeine, you could become jittery. This is overstimulation.

So, while caffeine can boost energy and increase focus – as we’ll see in the next section – too much can be detrimental to performance. That’s why taking the right dose is so important.

You want to be in optimal condition for a game.

Everyone is different, so there’s no exact universal dose. It’s about finding out what works for you. Now, let’s see how pre-workout helps with soccer.

How can pre-workout help with soccer?

Pre-workout supplements are designed to boost energy and increase focus. This helps with soccer because it takes a lot of energy and focuses on training and playing games.

You’re not always feeling 100% before training or a game.

See also  Can You Play Soccer While Pregnant? (When To Stop)

Sometimes your body and brain feel tired, and you don’t feel up for soccer’s physical or mental demands. This happens to everyone.

However, a pre-workout can help overcome this fatigue. It’ll help fuel your body properly for the activity ahead. Without taking it, you could feel weaker and tired faster than normal.

Pre-workout supplements are made to boost energy and increase focus. 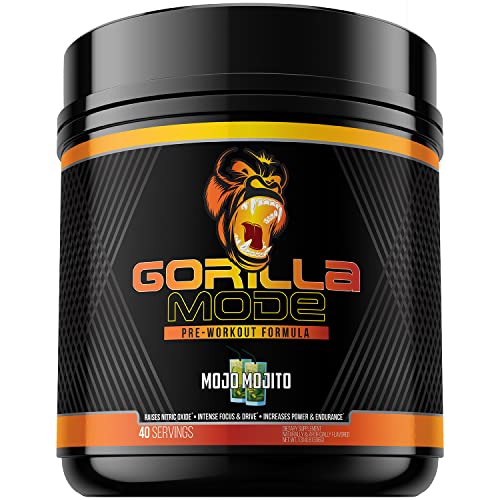 Pre-workout gives your body carbohydrates and glucose. Your body uses these to get energy. Additionally, caffeine, beta-alanine, and creatine are often key ingredients in pre-workout.

Let’s take a closer look at these 3 key ingredients and their benefits.

As a stimulant, caffeine is probably the most widely used supplement in the world. Caffeine works to boost energy and increase focus.

Research shows that caffeine improves physical and mental performance in athletes. This covers endurance sports from running to swimming and others in between.

This performance improvement also translates to soccer. Caffeine will help with the physical side of soccer.

It’ll boost your energy for the physical demands of the game. Also, caffeine delays fatigue so you won’t get tired as quickly.

Additionally, it’ll help with the mental side of the game.

Also, you can use that increased focus to make accurate passes or shots. Or if you’re a defender, you can better focus on positioning and timing your tackles. It can help goalies concentrate on the ball and where shots might be coming from.

Please note that some people may have issues with caffeine tolerance. It’s always a good idea to be mindful of caffeine dosage. Take the right amount for yourself.

Beta Alanine is a non-essential ammino acid. That means it’s made by the body and doesn’t have to be consumed. However, it’s still a key ingredient in pre-workout supplements.

This is important for soccer players because physical activity can quickly lead to muscle fatigue. Beta-Alanine helps counter that.

During a soccer game, your body produces lactic acid because of the intense exercise. This leads to muscle fatigue.

If you’ve ever had a muscle cramp during a game, it may have been caused by lactic acid build-up.

Watching soccer, you’ve likely seen a player lying on the ground and a teammate helping them stretch their leg. This is usually a cramp in the muscles.

Although it can be made in your body, you may not have enough stored to keep your muscle going. That’s why it’s good to supplement it.

Your muscles will store the beta-alanine and use it when needed.

Say, for example, when there’s too much lactic acid build-up during a game. If that’s the case, your body will release beta-alanine to counter the lactic acid. This means your muscles won’t fatigue as quickly.

As we know, soccer is physically demanding. Your muscles need good endurance for you to perform well.

Creatine is an organic compound found naturally in your muscle cells. It’s an energy source for your muscles during high-intensity exercise. For activities like sprinting, creatine is a fantastic source of energy.

Creatine is used in pre-workout because supplementing it keeps your muscles stocked up. So, it’s there in the muscles when your body needs it. Think of it as keeping fuel in the gas tank.

Research on creatine, of which there’s a lot, shows that it’s great for sprinting. During a game of soccer, there will be many instances of sprinting bursts. That’s just a part of the game.

So, creatine is a fantastic supplement for soccer players. If you have creatine stored in your muscle cells, it’ll be there for your body to use. That means you’ll have the gas for those high-intensity sprints.

And creatine keeps your muscles hydrated.

Creatine holds water in the muscle cells. This keeps the cells hydrated, which is important for performance. Dehydration contributes to muscle fatigue, so that creatine will help with endurance for soccer.

Also, staying hydrated can reduce your risk of injury.

Due to the physical demands of soccer, injury is an ever-present risk. So, it’s always good to minimize your chances of getting injured.

That’s why creatine is a good supplement for soccer players.

It fuels and hydrates your muscles.

Again, it’s a good idea to think about the dosage. Too much creatine can lead to side effects. You may want to seek advice from your doctor before taking it.

And that’s our guide to taking pre-workout before a soccer game. Now you should know what pre-workout is, that you can take it before a game, and its benefits for soccer players.

Make sure you find the dosage that suits you. And speak with your doctor for more advice.

How to join a soccer team (Get Involved)