They’re competing up to 3 or 4 times per week for 90-minute games.

Players are constantly on the move with many short sprints, jogging, and jumping. Soccer players need to be lean, flexible, agile, have a very strong core and big leg muscles.

Why do soccer players have big leg muscles?

Soccer players are constantly on their feet, with the main actions being running, kicking, jumping, and turning.

Defensively, the legs are the most important tools.

The main muscles used and worked on are:

A player must focus training on building their leg muscles for:

One of the most important traits a soccer player must have is strong, muscular legs, capable of meeting the demands of a full season of training and matches.

These muscles serve different functions, some of which may or may not be for vanity reasons.

Let’s take a more detailed look at the role the legs play for a soccer player, what each muscle group actually does, and how players train and work out their legs.

Why do soccer players have big legs?

The main roles of the legs in soccer are for running, speed, acceleration, power, jumping, flexibility, and endurance. Let’s take a further look…

Soccer players run an average of 7 miles in a game, with certain positions covering closer to 10 miles per contest. That’s a lot of running, especially when we compare to other sports:

Speed can be a tricky ability to study. It’s quite a general measurement when there’s no in-game application. A player may be dribbling a ball while sprinting, or changing direction.

A soccer player will rarely sprint further than 20 meters at a time, meaning that +4 second sprints aren’t often observed.

Therefore the maximal speed of a player isn’t necessarily a relevant statistic. In any case, leg muscles are a core component of speed.

Considering that Bolt is the fastest man to ever live, and Bale was recorded hitting that speed in-game, running on a field, in cleats, the speed is truly staggering.

As alluded to above, it’s beneficial for a player to work on their speed over short distances to make significant impacts on their overall game.

The ability to decelerate is also crucial. Players need to be able to slow down, stop, or change direction at a moment’s notice.

Control in such instances is critical. Fast-twitch fibers in the leg muscles are responsible for the explosive movements carried out in soccer, particularly accelerating and decelerating.

Leg power is necessary for many on and off the ball techniques and movements, such as:

A player’s jumping ability is important for individual and team performance. Many instances throughout a game will require a player to jump, both defensively and offensively.

Strong and powerful leg extensors are needed to ensure adequate performance in these scenarios.

Leg flexibility can be the difference between a player reaching across at the back post to score a crucial goal or missing it.

It can be the reason a player makes a successful last-ditch tackle to prevent an opponent from scoring, or it can simply come in handy when controlling an awkward pass.

Although great flexibility isn’t a necessity to be a quality player, it can be an absolute game-changer.

Modern players dedicate a huge amount of time to help limber up their bodies and to become more flexible.

Zlatan Ibrahimovic has displayed countless examples of game-changing flexibility throughout his career.

Here is one spectacular example, showing his amazing leg dexterity at the tender age of 37.

Between games, practices, and other sport-based activities, soccer players absorb a high volume of impact and collisions on their legs.

They must be trained, treated, and rested adequately to be able to endure this and prevent serious injury.

The calf muscles are located on the back of the lower part of the leg. Soccer player’s calves are constantly engaged in a match or training session, from running, jumping, and particularly during explosive movements (acceleration, deceleration, and kicking).

The quadriceps are a four muscle group located on the front of the thigh. They link directly to the knee joints and muscles.

Quads are crucial in running, jumping, and kicking.

Hamstrings are a set of three posterior thigh muscles. Located at the back of the thigh, they cross both the hip and knee joints.

As players are required to perform several short sprints during games, they’re subject to a lot of force.

Anatomically speaking, humans are built for jogging and endurance rather than intense, explosive sprinting.

This could also be one of the main factors behind hamstring injuries.

Plus, other running movements help strengthen, lean out, and increase the endurance of the legs.

Strength and conditioning have become an important part of a modern pro soccer player’s training schedule.

Each player will usually have a personalized program and will do gym work at least 2 to 3 days per week. As you can imagine, the legs are concentrated heavily.

In the regular season, players often avoid lifting heavy weights to lower the risk of injury.

Here are some common leg exercises a player may perform:

These exercises focus on building strength, as well as improving speed and power.

How to recovery after working out your leg muscles?

Recovery is essential for any elite athlete. It keeps their bodies fit, strong, and it’s one of the main combatants of injury.

Recovery is an essential part of building muscles. The muscles tear after a workout and need rebuilding.

Players go above and beyond to ensure that they recover their legs after training and games.

The top players get massages after every work-out, with this cool massage gun on Amazon you can treat yourself. Here are some of the other best methods:

Performed immediately after a game or at the end of a training session. Light cardio helps rid the body of lactic acid and other waste that builds during exercise.

These allow the body to recover much faster.

Sleep is the best and most natural form of recovery. It’s important that pro’s in today’s game monitor their sleep very closely.

Some of the major teams around the world have sleep pods at their training grounds in case a player needs to get some rest.

These are often used in active recovery sessions to work out muscle knots. The foam is used as a massage for players, it helps with aches and pains.

Watch this video for a great demonstration;

Behind sleep, ice baths are often regarded as the best type of muscle recovery for athletes.

It also maintains athletic performance over a sustained period of activity, and aids faster recovery.

It plays a crucial role in injury prevention

Drinking water replaces the vital mineral and electrolyte stores that are lost due to sweat.

Players must be fuelled by the right foods. After a game, it’s crucial to replenish the body with high-quality foods. Protein is vital to repair and recover muscles.

As mentioned, players’ legs undergo severe stress and force throughout a game, so protein shakes or protein-rich foods are usually consumed very soon after a game/training session.

The demands of a soccer player, and in particular, their legs, require lots of training, work, and recovery. Why do soccer players have big leg muscles?

They build muscle in their legs for strength, power, and endurance so that they can play the game at the highest level while trying to stay injury-free.

The nature of the game of soccer means that a player will naturally develop quite muscular, lean legs if they’re playing a lot.

So, do you want to get big leg muscles? There more you play, the bigger your leg muscles will be.

Soccer leg muscles Q and A

Soccer players, on average, are not very large athletes. Some positions require a bigger, stronger player (a center-back or goalkeeper for example).

However, they have exceptional balance, a low center of gravity, and strong core strength. They’re lean and slim, yet functionally strong for their size.

Not all players do, but most incorporate weight training into their workout routines, particularly in the offseason.

Can a soccer player be too muscular?

Functional and optimal strength is key for soccer. They require a high level of endurance and stamina.

If a player carries a large amount of excess muscle, they’re likely to be slower and to tire easier. Therefore, soccer players tend to not be overly muscular. 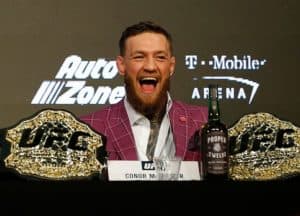 Are Soccer Kicks Legal In UFC?

What is soccer vision? Sound Sight – Must See!