If you’ve ever been to a live soccer game, you’ll immediately notice how much faster passes and shots appear compared to the TV. So, how fast can a soccer ball be kicked?

We’ll be covering some interesting topics, such as:

Before we begin, can you guess how fast you can kick a ball?

How Fast Can A Soccer Ball Be Kicked?

The fastest soccer kick ever recorded was in November 2006 in a game between Porugeuse sides Sporting CP and Associação Naval 1º de Maio.

The Brazilian midfielder, Ronny Heberson (known just as “Ronny”), struck a free-kick at a staggering 131.82 miles per hour.

The ball nestled in the back of the net in the 88th minute and proved the game’s winner.

The ball moves so fast that you can barely see it when the video is played at normal speed. Perhaps the goalie is lucky he didn’t get in the way.

While this was his only goal for Sporting, Ronny is no stranger to the occasional piledriver, smashing in another ‘worldie’ while playing for the German side, Hertha Berlin a few seasons later.

He uses a long run-up and excellent technique to generate tremendous power.

While some of his ability to generate such wicked velocity comes from genetics, there is no doubting the hours of practice Ronny has put in.

Unfortunately, this all-out power approach to shooting generally comes at the expense of accuracy.

While they look spectacular when they go in, it’s hard to keep shots on target when you put everything behind them.

Many of the fastest shots in soccer occur from free kicks. Dead ball situations allow players to prepare, take aim, line up their shot, and strike the ball with all their might.

In general, the speed that soccer players can kick at is unimportant. Despite it being an exciting metric, it is irrelevant to most players, coaches, and analysts.

Technically there is no official record for the fastest-ever shot. kick speed is rarely, if ever, formally recorded.

For this reason, most in-game shot speeds aren’t official statistics. Instead, they are estimates calculated using footage and analytics.

However, if someone scores a rocket from 30-yards in a big game, it’s always interesting to hear the top speed it hit along the way.

When a powerful shot is scored, it’s quite common for TV broadcasters to display the estimated speed for fans.

the Fastest Shots Ever

Before we take a look at some of the fastest and most powerful shots the game of soccer has ever seen, let’s give some context.

Find out your power with this radar; 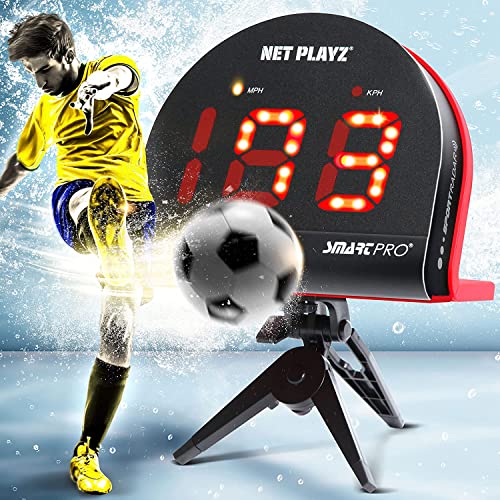 Now, here’s a look at what soccer players can do:

Playing for Sheffield Wednesday versus Arsenal in 1996, David Hirst sent a thunderous half volley crashing against the crossbar at 114 mph.

One of Barcelona’s legendary Dutchmen, Ronald Koeman, chose the perfect moment to score one of the fastest free-kicks in history.

In a tightly contested European Cup final versus Sampdoria in 1992, Koeman broke the deadlock in extra time with a low drive that registered 116.8 mph.

Having played every second of the game to that point, Koeman somehow found the strength to rise to the occasion in the 112th minute. This goal also gave Barcelona their first-ever European Cup championship.

(Go to 0:34 for Reid’s stunner, but Morten Gamst Pedersen’s opener is worth watching too).

The fastest shot ever witnessed in the Premier League was struck by Blackburn Rovers midfielder, Steven Reid, versus Wigan Athletic in 2005.

Not known for his goal-scoring exploits, Reid came onto the ball like a steam train and sent it cannoning into the top corner.

One of the most powerful goals ever was scored by Arjen Robben for Real Madrid in a preseason friendly versus Borussia Dortmund.

He thumped a ferocious volley with his famous left foot that clocked a whopping 118 mph.

Including the players mentioned above, some players didn’t quite register record-breaking shot power but frequently displayed outlandish striking ability, include:

How Fast Can a Woman Kick a Soccer Ball?

In professional soccer, female players don’t kick the ball quite as fast as their male counterparts.

This is no reflection of skill, however.

A recent report from science direct showed that women activate leg and hip muscles differently when striking the ball, which may contribute to shot power.

It also means they are more susceptible to knee ligament injuries.

Although no official records exist, it’s estimated that average female players (non-professionals) can kick the ball at approximately 50 mph.

See also  How Far Do Soccer Players Run in a Game? (+ Most Athletic Players)

Professionals are likely to kick much harder, rivaling some of the top men’s players.

Now, sit back, relax, and enjoy a collage of screamers from some of the top women soccer players in the world.

How Fast Can a Kid Kick a Soccer Ball?

It’s difficult to say precisely how fast a kid can kick a soccer ball without knowing their size, weight, experience, and skill level.

However, it’s estimated that youth soccer players wearing quality cleats can kick the ball at speeds of 30 to 40 mph.

Make sure your kids are kitted out in the best junior cleats, such as these Nike Jr. Mercurial CR7s. 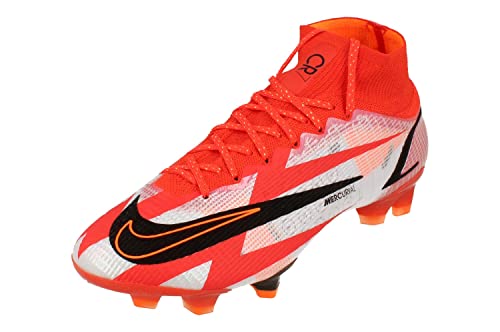 How Fast Can Ronaldo Kick a Soccer Ball?

In 2011, Cristiano Ronaldo took part in a documentary series, called “Tested To The Limit.”

In one of the tests, Cristiano was given the task of smashing panes of glass by shooting as hard as he could, where he registered an 80 mph strike.

Ronaldo is one of the greatest players of all time, shattering goal-scoring records at the club and international levels with ease.

One of the most distinguishing factors that set Ronaldo apart from other players is the variety of goals he scores.

While he’s scored some stunners in his career, Ronaldo doesn’t possess the same level of shot power as some of the players we’ve already mentioned.

Speaking about his approach to the game, Ronaldo said this:

“I am not a perfectionist, but I like to feel that things are done well. More important than that, I feel an endless need to learn, to improve, to evolve, not only to please the coach and the fans, but also to feel satisfied with myself. It is my conviction that there are no limits to learning, and that it can never stop, no matter what our age.”

With this mindset, it’s no surprise he continues to dominate the sport in his late 30s.

How Fast Can Messi Kick a Soccer Ball?

It’s reported that Lionel Messi can shoot at a top speed of around 90 mph.

This shows that size doesn’t necessarily matter when it comes to generating shot power. Few, if any players in history possess the level of natural talent that Messi does.

As well as insane shooting power, Messi is extremely accurate, scoring more than double the number of free-kicks (21) than any other player in the last 5 years.

So there you have it. Are you surprised by the players with the hardest shots ever? Who do you think will be the next to break the speed record?

How fast can you shoot? Can you get anywhere near the record? Find out with this speed radar;

Soccer/football Manager Vs Coach (+ How To Be One)