Take A Football On A Plane (How It’s Possible)

I love to kick a soccer ball in my spare time, wherever the spare time presents itself, and I have left my favorite pastime at home due to uncertainty when traveling on a plane.

I was never sure if balls were allowed on the plane, and if they were, where would you pack them? It got me to research how to bring my soccer ball on a plane.

The Transportation Security Administration (TSA) provides a soccer ball to be included in luggage when flying on a plane. The final decision rests with the TSA officer on whether an item is allowed through a checkpoint.

Deflating your ball from the start increases your chances of the ball being allowed on the plane.

How To Bring A Soccer Ball On A Plane?

You can bring your soccer ball on a plane in your check-in or carry-on luggage. It is the airline’s prerogative to indicate in what state the soccer ball is required to be in, fully inflated, semi-deflated, or fully deflated.

Here’s a cool soccer ball you should make your special vacation ball. It’s great for juggling and tricks, and you will have fun with it on vacation; 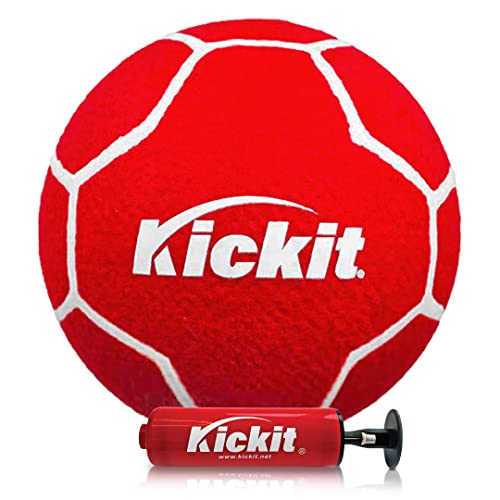 What Are The Rules Regarding Bringing A Soccer Ball On A Plane?

According to the general rules under their “What Can I Bring” section, the Transportation Security Administration (TSA) allows a soccer ball to be brought on a plane.

The TSA indicates that a passenger may transport a soccer ball in carry-on bags or checked-in bags.

After the horrific events on September 11, 2001, where nearly 3,000 people were killed in New York, Virginia, and Pennsylvania, the TSA was created.

On November 19, 2001, the Aviation and Transportation Security Act was passed by the 107th Congress.

The TSA has the following to say about packing:” Planning ahead and packing properly can facilitate the screening process and ease your travel experience at the airport.

Know what you can pack in your carry-on and checked baggage before arriving at the airport.”

‘’Even if an item is generally permitted, it may be subject to additional screening or not allowed through the checkpoint if it triggers an alarm during the screening process, appears to be tampered with, or poses other security concerns.”

Your soccer ball is cleared to travel by the TSA. For safety and screening purposes, it may be a good idea to deflate or at least semi-deflate your soccer ball before packing it in the checked baggage.

It is important to note that the TSA does not mention the inflation state.

Which Airlines Allows Soccer Balls On Their Planes?

The following Airlines in the United States specifically mention soccer balls in their baggage policies, under the check-in bag section, or as part of carry-on luggage.

It is indicative of what the TSA allows under what sports equipment is allowed on a plane.

“Dodgeballs (as well as wrenches shorter than 7’’) and other balls may be packed in a checked bag or carry-on.

Due to air pressure changes, balls that you inflate (dodgeball, football, soccer, etc.) should be partially deflated for transport.”

Items include but are not limited to footballs, soccer balls, basketballs, volleyballs. Items may need to be slightly deflated for safe transport.

Airlines that do not specifically mention soccer balls under sporting equipment allowed on their planes include the following:

See also  Can a Soccer Ball Kill? (Ball To The Face)

It’s not to say that they don’t allow soccer balls in your luggage; however, you will need to contact them beforehand to confirm.

You will need to ascertain if they expect the ball to be in a semi-deflated or fully deflated state and what luggage type you need to store it in.

Be advised that the final decision regarding what items are allowed on the plane rests with the TSA official.

To make this decision more manageable for the official, simplifying the whole process would be to deflate your soccer ball from the start.

Do not give the TSA official or the airline any reason to prevent you from transporting your ball on the flight.

The official may be having a bad day at the office, and your inflated ball may be seen as a possible danger. It may even lead to you having to leave your ball at the airport!

Can A Soccer Ball Explode At High Altitudes?

There is a theoretical chance that a soccer ball can explode while being subjected to reduced atmospheric pressure found in a plane cruising at 30,000 feet.

Airlines keep the air pressure at the equivalent altitude of 6,000-8,000 feet above sea level for people to breathe easily.

The slight chance that a soccer ball explodes when on a high-altitude plane is due to the difference between the air pressure.

When the ball was sealed and inflated at sea level compared to the air pressure in a plane’s cabin when in flight mode.

The air inside your inflated soccer ball will try to expand when the airplane reaches maximum altitude, while the reduced pressure in the cabin will push against the outside of the ball.

I took a packet of Lays crisps on a flight once; it popped mid-flight, almost giving me a heart attack!

You will notice it takes a lot of air pressure to make the ball explode and to mimic this scenario in a plane may seem far-fetched or impossible.

Deflating And Inflating A Soccer Ball

The chances are excellent that the airline you are taking your soccer ball on will ask you to deflate it entirely or to a semi-inflated state.

See also  Soccer Vs. Football (Differences - Which Is Better!)

The positive is that your ball will take up less space, as an inflated one could be hard to transport.

The best way to safely deflate a soccer ball is by using:

The safest and correct way is to use a ball pump or needle to protect the ball better. Only use a paperclip, pen, or small sharp object in an emergency that requires deflating your ball.

The best way to safely inflate a soccer ball is by using: 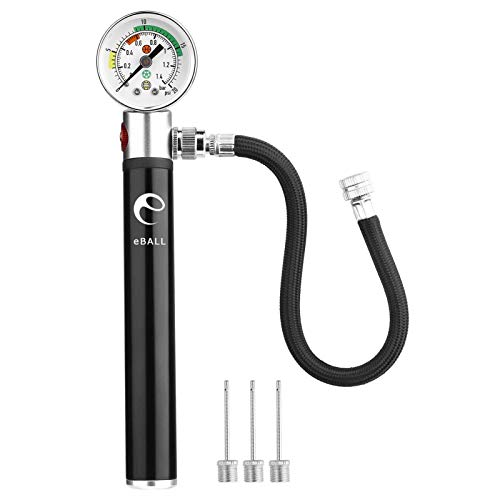 Any soccer or ball owner should have a reliable ball pump that provides the correct inflation needle for the specific ball and a pressure gauge to measure the correct psi.

Investing in a good ball pump will make traveling easier when in and deflating your soccer ball.

Ideally, nothing should stand in your way of playing the beautiful game everywhere you go except a grumpy TSA official. In order not to negotiate, always deflate.

Soccer Shin Guards (You Must Do This!)