Playing soccer is an art and must be practiced like anything else to be mastered. Be sure that you’ve got the basic skills mastered, that’s what the pros do best.

Advance your game with some structured lessons, with these soccer workouts for beginners, that give you the core skills to improve.

What are soccer workouts for beginners?

Players can practice these drills to advance from beginner to intermediate levels. You can perform the following beginner workouts to improve the different areas of your game.

Soccer is a team game, but we as players need the right skills to perform well within the team. Having these basic skills will make a team play effectively.

A striker is a player that depends on individual skills – mostly they’ll have no players in front of them and will have to perform well on their own.

Often strikers are criticized for not being selfish – they need to take the opportunity when it comes.

A simple yet effective solo drill that has many variations, concentrating on different techniques and skills. All that’s needed is a ball and a wall.

2-touch wall passing has the same concept as above but it involves 2 touches instead of one: 1 touch to control the ball, 1 touch to pass it.

There are variations to this drill:

Here are some high-quality training equipment pieces you’ll need for the soccer drills later on. If you’re on a budget get the set of balls – if not, I highly recommend getting multiple individual balls for the best enjoyment and longevity.

You might have some of the gear already. If not, I highly recommend these; 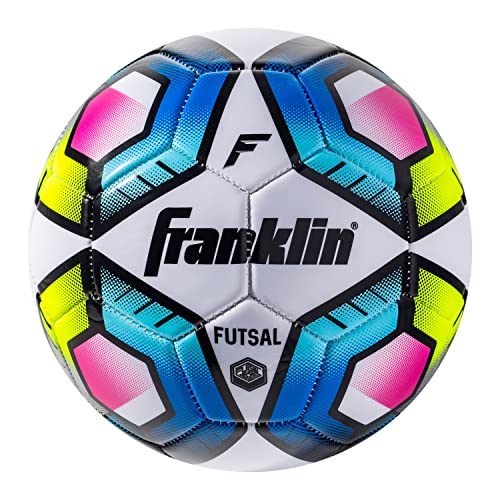 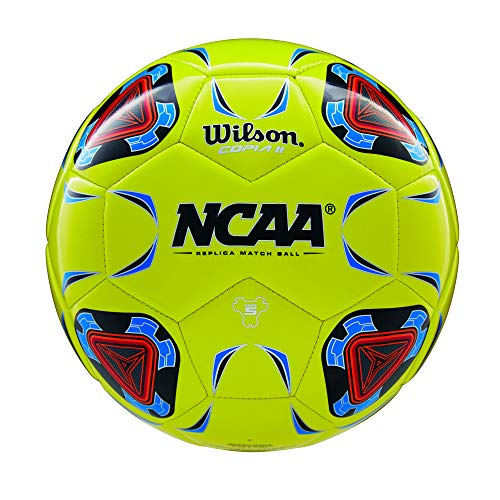 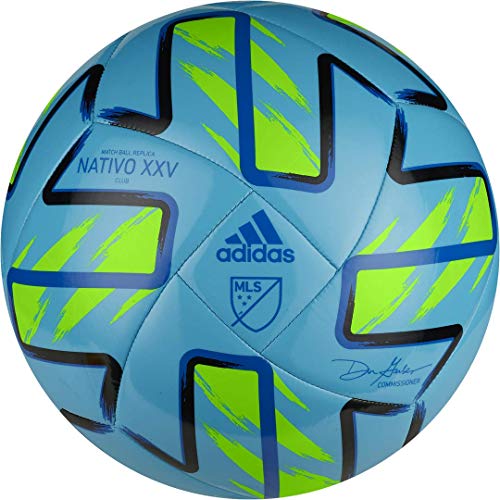 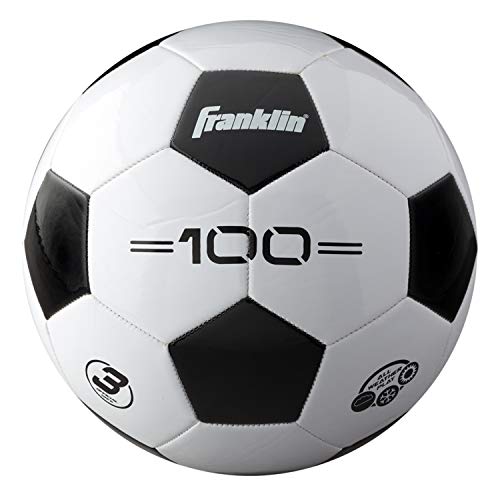 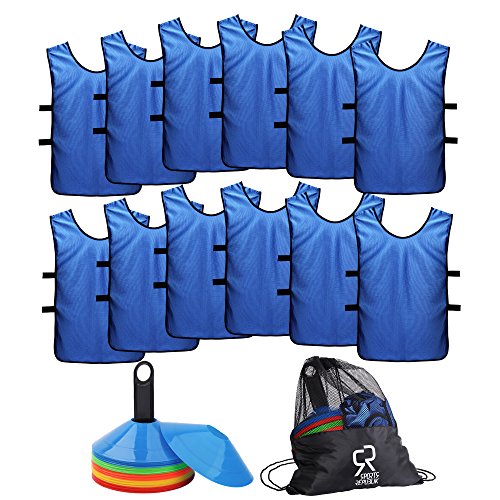 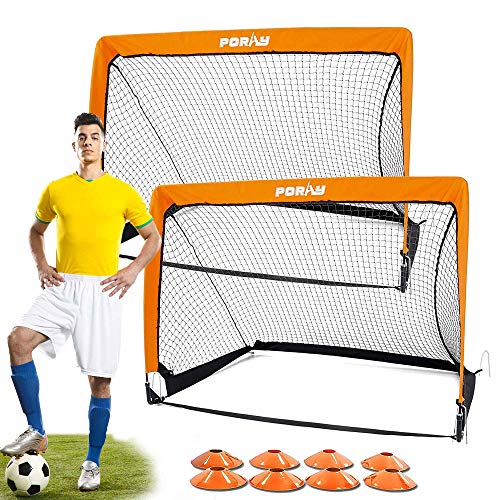 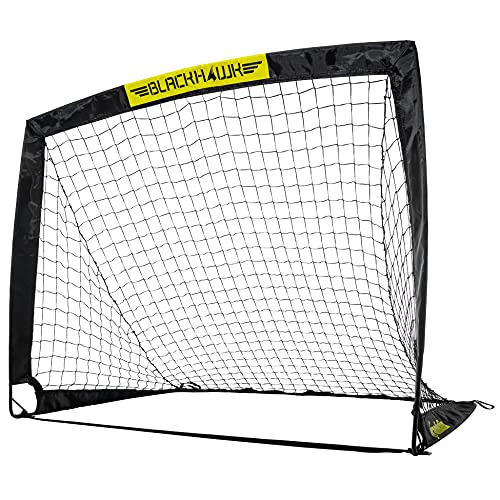 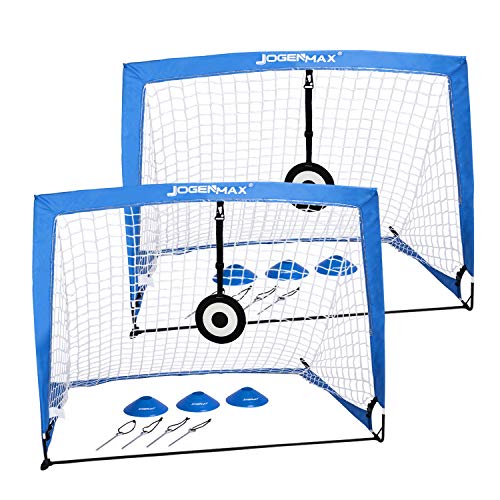 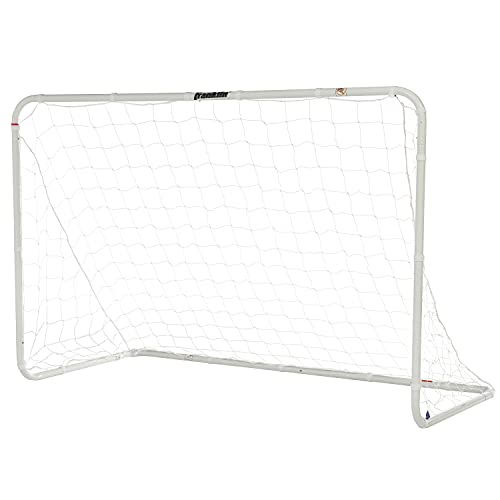 This is a great workout for practicing in-game type dribbling. It improves quickness, balance, and helps develop better ball control while running at speed.

Tips: Mix of long and short touches, utilizing the space while maintaining control of the ball – keep the ball under control.

For a variation and a full drill to practice that’ll improve your dribbling in directions. Follow the video below which will increase your;

This is a useful shooting drill that also involves a quick turn, requires good ball control and relies on a player’s positional awareness. A goalkeeper is good to have for advanced players but is not necessary.

The following workouts require at least 2 people but can be done with large groups. For the ones that involve shooting, a goalkeeper will come in handy.

Each of these workouts incorporates a combination of the 4 core skills mentioned earlier.

Dribble, Give, Go, and Shoot Drill

These drills are simple in nature but when performed well, they can be extremely useful to a team’s attack and defense, as well as improving individual skill.

There are 3 attackers versus 2 defenders (and a goalkeeper if there’s one available). This is why Barcelona’s tactics are the best.

The attacking team starts out in possession around 30 yards from goal. The defense lines up on the edge of the penalty box. Quite simply, the attackers try to score, while the defenders try to stop them.

If possession is turned over if a goal is scored, or if the ball goes dead, the round ends, and the drill can be restarted.

If the defense is successful, they should remain for the next round.

If the attacking team scores, they should remain for the next round. If there is no structure, organization, or communication between the teams, this workout is wasted.

The attackers and defenders must co-ordinate and play as teams.

This is the same drill as above, with fewer players. In soccer, endless amounts of scenarios can occur. It’s just as important to drill 2-on-1 scenarios, as well as 3-on-2 scenarios.

This type of workout is completed in training sessions by teams and players every day. When being done by the best players, this drill is a joy to watch.

The primary focus is for the attackers (passers) but this is a very useful defensive drill also.

Take a look at how Barcelona do a possession circle. They only have one-touch per player. It is a fun drill enjoyed by the pros around the world.

How to be a good soccer player for beginners?

The key for soccer workouts for beginners here is simple:

Finally, enjoy it. Take joy in your progression. Best of luck on your journey to becoming a better player. Enjoy the soccer workouts for beginners you’ll be a success with these tips. For more useful guides, see the articles below or visit our home page.

Do you need to practice on a soccer field?

Absolutely not! Whether you have a spare room in your house or a full soccer field to practice, there is something that can be done.

In a small area, you can practice toe-taps, keepy-uppies, knees, and other footwork drills. It’s an advantage to have a soccer field at your disposal but it’s not a necessity.

Can you practice shooting without a goalkeeper?

When there is no goalkeeper, you need to set accuracy targets. Pick a spot in the goal and shoot there 10 times. Change the spot and shoot 10 times again. Repeat this, shooting to different areas of the goal without the goalkeeper.

Take note of how many times you hit your target. Try to beat this score the next time. When there is no goalkeeper, it’s the perfect time to practice using your weaker foot also.

Why Soccer is Better than Basketball, Baseball, and, Football? (Game-On!)

Women’s Soccer Success and Challenges (You Should Know)

White soccer players (Are They Good?)

How Big Is A Soccer Field? (Measurements & Markings)