This can make an interesting game, while one team tries to break down the opponent as they defend and they try to counter-attack.

When do you get a red card in soccer?

A red card is given when a player uses “excessive force”. This can be an aggressive tackle that endangers an opponent or misconduct as outlined in the rules below.

In this article, I will take you through all of the areas where a player can receive a red so that we can avoid it as players and we can instruct other players to do the same.

Knowing the official rules will help us play a better game – we’ll know how we can tackle the safe side of the law.

Being strong in the game is a major factor in competing, it’s a physical game, so it’s best to know right from wrong.

History of Red Cards in Soccer

Red and yellow cards came into the game of soccer after the violence at a world cup in 1962.

“While I was driving the light turned red and I thought, ‘Yellow, calm down and red, stop, go out.’”

After this incident at the world cup, it was another 8 years before red and yellow cards were introduced. In the 1970 World Cup in Mexico cards were first used.

There are many opinions about when a red card should be shown in soccer, but the best place to get the rules is from the rule-makers.

Football Federation International Football or FIFA as they commonly know.

These three stages are outlines for what a player should receive, for their offense;

Carless – means that the player has shown a lack of attention or consideration when making his challenge or that they acted without precaution: no further disciplinary sanction is needed if a foul is judged to be careless.

Reckless – means that the player has acted with complete disregard of the danger to, or consequences for, his opponent: a player who plays in a reckless manner shall be cautioned.

Using excessive force – means that the player has far exceeded the necessary use of force and is in danger of injuring an on opponent: a player who uses excessive force shall be sent off

Later, we’ll have a look at the seven reasons for a red card. First off, let’s look at these laws in detail.

A player will receive a red car for using force that’s more than necessary. For example, tackling a player where the player’s intention is to injure.

This is just one example where a player can be sent off, but there are many more.

If a player lunges or slides towards a player with their leg raised in an aggressive manner, with the studs toward the opponent.

It can be one leg or two, coming from the front, back, or sides. This is classified as ‘serious foul play’.

If a player commits an offense while the ball is still in play. The referee can let the play continue to allow an advantage and give a red when the ball is out of play.

Excessive and brutal force when challenging a player, spectator, or another person.

This can be on the field of play or outside of it. It applies to any player on the pitch and also those on the bench. The referee will only allow play to continue if there is a goal-scoring opportunity.

If a player throws an object, either on the pitch or bench, in an aggressive manner, the player will be shown a red card.

Denying a Goal or Scoring Opportunity

If a goal-scoring opportunity is denied, this can be inside the penalty box or outside.

If the referee allows play to continue as an advantage and a goal is scored, only a yellow card would be given.

The two offenses for this to happen are;

The closer to the goal the offense occurs, the more likely a red card is given. Including if the ball would have gone into the goal if it were not for the handball.

Along with other factors, such as the positions of the defenders and the direction of play.

Any player who’s guilty of the above must be sent off. This can be towards any person, player, officials, or spectator.

If a player is shown two yellow cards in the match given for offenses covered in this article. The referee will show the second yellow to the player and then the red card.

Seven Reasons for a Red Card

Here’s a detailed look at the seven reasons for a red card in soccer with examples;

A serious foul is one that can badly hurt a player. These fouls are usually committed with excessive force. They’re considered ‘dangerous play’ in soccer.

For example, if you tackle with your cleats up and connect with a player’s leg.

This type of tackle can break someone’s leg.

Check out this video to get an idea of serious fouls:

Violent conduct will get you a red card in soccer. If you hit or attack anyone on the soccer field, you’ll be sent off by the referee.

There’s no room for violent conduct in soccer. It’s very dangerous, especially if a group of players gets involved.

But any type of violence will get you sent off. Even if it’s against your own team.

And of course, against the other team. Zinedine Zidane had an infamous incident of violent conduct in the 2006 World Cup final. And he got sent off. See it below:

3. Deliberate handball to stop a goal

If you deliberately handle the ball to stop a goal, you’ll get a red card in soccer.

There are usually two scenarios when this can happen.

The first is when a player crosses the ball to a teammate for an easy goal. Imagine the ball in the air coming towards the attacking player for an easy tap-in. But then the defending player stops the ball with her hand.

This will be a red card because it stopped a goal (or a clear goal-scoring opportunity).

The second happens when the ball is going for the goal. And it’s going to be a goal. But a player deliberately handles the ball to stop the goal.

Luis Suarez’s deliberate handball in the 2010 World Cup quarter-final is a high-profile example. Check it out:

If you deliberately commit a foul when someone has a good opportunity to score a goal, you’ll get a red card in soccer.

A player might be running towards the goalie with a good goal-scoring opportunity. If you foul that player deliberately, like a push or trip, you’ll get a red card.

Before, any foul that stopped a goal-scoring opportunity could be a red card. But now it’s only a red card if the referee judges the foul to be deliberate.

So, any deliberate foul to stop a goal-scoring opportunity will be an automatic red card.

If you do this, you’ll get a red card in soccer.

Spitting at someone is a red card in soccer. It should go without saying that there’s no place in soccer for spitting.

If you spit at someone, the referee won’t hesitate to give you a red card.

7. Getting a second yellow card

In soccer, getting 2 yellow cards equals a red card.

So, if you get two yellow cards, you’ll be sent off the field.

where does A player go when they are sent off?

If a player is sent off, that player needs to leave the field of play, plus they cannot stay in the technical area, which surrounds the manager and the substitutes.

Normally the player will go to the locker room.

Are there Sin Bins in Soccer?

In the professional game, there are currently no sin bins for offenses, like they’ve in many other sports.

They’ve introduced sin bins at the grassroots level of soccer in England. This is for the youth players and it’ll help them adapt to the rules and give the referee more control.

Sin bins could be introduced into the game in the future, giving an extra dimension. The infographic below is from the English FA:

What happens when you get a red card in soccer?

The player is sent off from the field and cannot stay in the technical area.

How many games do you miss when you get a red card?

For two yellows resulting in a red card, the player will be suspended for 1 match. Reds card for dissent will get a 2 match ban and for aggressive force 3 matches. For extreme cases, a ban can be for 4 matches or more.

Can you get a red card after a yellow one?

If an offense made is worthy of a red card, the player will be shown a straight red card. 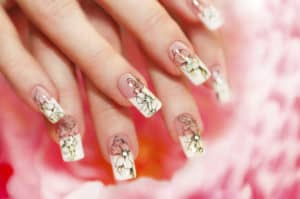 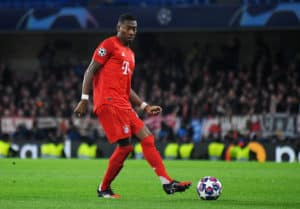 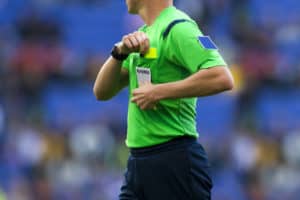 Official Soccer Rules for Yellow Cards: You Must Know