Throughout my time as a player and coach, I’ve witnessed the extreme lack of information parents often have regarding youth soccer levels.

Far too often, coaches and clubs push their division onto parents, giving them a tunnel vision of youth soccer levels.

The lack of information often leads to poor team selection and an overemphasis on which division a child is in rather than their environment.

Choosing the best soccer program for your child starts with understanding the constantly evolving world of competitive youth soccer.

Today, we’ll review the goal and structure of each youth division and a few helpful tips for deciding which is best in this complete guide.

The youth soccer pyramid in the United States is far more complicated and controversial than it once was. Here are the various levels on the pyramid:

As different governing bodies sanction different leagues, there is no clear distinction for when one is higher on the pyramid than the others, the rankings overlap.

Before diving into the various leagues and levels, it’s critical to understand the different sanctioning bodies.

USSSA is a non-profit organization affiliated with U.S. Soccer.

The USSSA has over 4,000,000 members in several sports, including baseball, softball, soccer, basketball, volleyball, golf, and more.

They sanction the Developmental Player League or DPL.

They sanction multiple levels of youth soccer, including National League Conferences, GA, and MLS Next.

US Club Soccer is a National Association of the U.S. Soccer Federation.

They seek to develop players through various club programs, including recreational, youth competitive, and adult leagues. 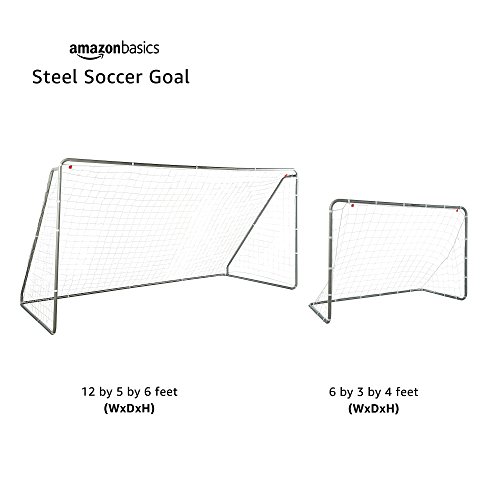 All three soccer organizations aim to improve player development and provide excellent opportunities to players throughout their youth careers.

For that reason, choosing a particular league is not always so clear. Here’s a helpful summary of each youth soccer level.

Regardless of which governing body sanctions a team/ club, most clubs provide academy soccer options for young players.

Academy soccer covers U7-U10 age groups and is intended to be a higher-level alternative to recreational youth soccer.

While clubs may split academy teams into different groups based on skill, no tryouts are required to play on an academy team.

Travel for the conferences is regional.

There is a National Championship tournament, and teams in the National League automatically qualify.

MLS Next is a U13+ boys-only option, a level above the National League. Sanctioned by the USYS, MLS Next has replaced the former Development Academy.

MLS Next aims to create a pathway to professional soccer for boys.

Admittance into MLS Next requires strict standards, likely including rules about the tournaments that teams can enter and participate in other sports outside of the league.

GA stands for The Girls Academy League, and it is a new girls’ league sanctioned by USYT. The GA was formed to replace the Girls DA and partnered with MLS Next.

See also  How To Become a Soccer Referee (+ Salaries Revealed)

Unlike the former DA, the GA will allow girls to play high school soccer.

US Club Soccer sanctions the National Premier League, which is a club commitment.

A club must enter a team in every age group to participate. NPL participants can attend College Showcase events and playoffs.

The Elite National Premier League is a level higher than the NPL. It has the same structure, requiring club commitment.

Based on its national scope, games may be around the country.

US Soccer sanctions this league now for boys and girls. ECNL has 8 regional conferences as well as showcase events.

The ECNL expanded to include a lower level of competition known as ECNL Regional Leagues or ECRL.

Teams from ECNL can earn promotions to the ECNL via playoff events. Often, ECNL clubs enter their second-tier teams into the ECRL.

The Development Player League is a girls league formed as an alternative to the DA.

Sanctioned by the USSA, the DPL formed the GA initially.

However, the GA was since taken over by USYS. The level of competition in the DPL seems to be below that of the GA, but overall it does not have as big of an impact on youth competitive soccer.

Ultimately, there are several youth soccer divisions to choose from. Naturally, each club and division touts its offerings as top tier.

Parents are often shocked to find out about the different divisions available.

Ultimately, the mission statement of each sanctioning organization is quite similar, so it’s most important to find the fit for your child.

Which Youth Soccer Division is Best?

If your child is serious about soccer, pick the toughest league in your area so that they are challenged. Because of the competition in each state, go and view the games to decide.

What is Your Child’s Goal with Soccer?

Be honest about assessing your child’s goals for soccer, not your own.

These leagues offer good competition but not nearly the same level of commitment and travel as other leagues.

Both of these leagues focus on collegiate exposure through several showcase opportunities.

While the ECNL claims that 90% of ECNL female players move on to college, college coaches will also be attending the National League Championships.

Professional soccer/ National Team: MLS Next and the GA are designed to create a pathway to professional/ national team soccer.

Both are still relatively new, but they are partnered with US Youth Soccer with a close relationship with the US Soccer Federation.

That said, ECNL is also a strong option for overall development.

Aside from your child’s goals, you must also consider the following:

What to consider when choosing a youth soccer team

How to play Competitive Youth Soccer?

Competitive youth soccer has more paths than ever. Ultimately, multiple pathways can help your child achieve their soccer goals.

There’s no right answer about the best league for competitive youth soccer.

Understanding each league’s goals, organization, and structure will certainly help you make the right choice for your child.

However, you must carefully assess your local soccer landscape and personal circumstances when selecting a team.

Rather than hyper-focusing on a certain youth division, consider which specific team is the best fit for your child.

What is Handball in Soccer? (Here Are The Facts)

How To Think Fast In Soccer (Improve Speed Of Play!)

How Many Points Is a Goal Worth in Soccer?

How do you know if a youth player is good?

A youth player is great at soccer they will have some of these qualities; ball control, endurance, speed, movement, strength, leadership, creativity, attitude, will to play, and will to win.

How can a parent support their child in soccer?

+ Play for fun with them. Don’t “coach” or “train” your child, just play soccer games with them!
+ Take them to soccer games. Getting kids around soccer is one of the best ways to grow their love for the sport as well as their game IQ.
+ Sign them up! No matter what level your child is at, there are opportunities to play.
+ Choose the right level. If you want to help your child, choose a team/level that suits their abilities and interest level.
+ Be the biggest cheerleader. Leave the coaching to the coach. As a parent, your job is to encourage your child and support them.

Do youth players get paid in America?

Players in the United States only get paid for playing soccer when they sign a professional contract. This is normally possible when a player turns 18 years old. In Europe, it is common for players to earn a salary when they are 16 years old.

What are the roles and responsibilities of a youth soccer coach?