Nature shows its beauty in many ways and rain is one of them but sometimes the beauty causes disruption in our lives but what happens with soccer when it comes to heavy rain?

Soccer is mainly an outdoor game and like all other outdoor games, it can be affected by rain.

That does not always lead to the game being canceled or called off like other outdoor games such as baseball, golf, tennis, and cricket.

Contents show
1. Are Soccer Games Canceled For Rain?
2. What happens if it rains during a soccer game?
2.1. Will the style of soccer play be changed due to rain?
3. What happens if a soccer match is abandoned due to rain?
4. Soccer Field Problems and Rain
5. Weather Problems in Soccer
5.1. Rain Cancelled soccer Games
5.2. Thunder and Lightening and soccer games
6. Can soccer players Train in the rain
6.1. When to cancel soccer practice?
7. Playing Soccer in Heavy Weather
8. Heavy weather and the physical demands

Are Soccer Games Canceled For Rain?

Soccer games will continue if it starts to rain before or during a game. The rain will be monitored by the officials to determine if it’s practical to play and safe for the players.

Soccer games will be canceled if the rainfall is so heavy that it restricts the vision of the players. Or the field becomes waterlogged and makes it dangerous.

After a period of stoppage, the officials will determine the conditions with tests using the ball while the players wait off the field.

Just like rain, there are many other natural calamities like heavy snowfall, extreme heat, and extreme rainfalls.

There are certain conditions of these weathers when a game can be called off by the officials.

Normally soccer is an outdoor game, though there are some small formats of this game that are played indoors, mostly it’s an outdoor open field game.

The weather conditions for soccer, mainly don’t change the schedule of the games or for them to be canceled.

In most bizarre weather like heavy rain, extreme heat, or bad weather the game is continued to be played but there are some exceptions in the game when there are unavoidable situations. 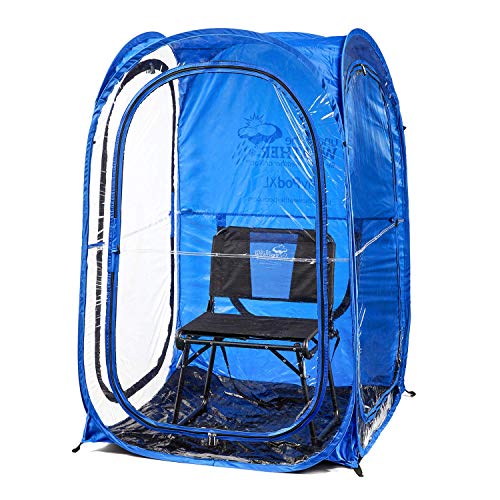 What happens if it rains during a soccer game?

Games can be stopped periodically to see if the rain lessens. A game has been delayed for over 3 hours to allow for the rainfall to reduce in the MLS.

Games are stopped for a period of time with the intention of eventually restarting play for e.g. fog, heavy rain, thunderstorm, serious injury.

It’s up to the judgment of the game official to decide if the conditions are suitable for a game of soccer.

The ball will be rolled along the turf to see if it’s moving freely without being restricted by a waterlogged field.

The rain will normally affect the turf before anything else. If the rainfall is heavy and going in the player’s eyes, they’re expected to play on.

The Catalans were the favorite to win the game but were forced to travel by bus when the eruption of Eyjafjallajökull in Iceland grounded flights throughout Europe.

See also  Can A Soccer Referee Change A Decision? (Surprising!)

This sudden event took a toll on the Barcelona team which led them to lose the game 3-1 at San Siro.

Will the style of soccer play be changed due to rain?

Normal rain will not affect the game apart from the passing types due to the ball sliding.

Sometimes the ball crossed with a fast pace into the box can cause the opposition problems.

Rain changes the bounce of the ball, so you’ll need to adjust your timing.

What happens if a soccer match is abandoned due to rain?

Only in extreme conditions, games are canceled for rain. After the official has tested the field of play to determine the playability of the surface, they will decide to cancel the game if the ball cannot roll freely on the ground.

The professional fields are designed to take large amounts of rainfall and the field is normally protected somewhat with the stadium, which will reduce the wind.

In association soccer, a waterlogged field can make a game of soccer impossible. The ball cannot roll freely for the players to play a normal game.

In these kinds of severe situations, there’s also a high risk of injury and complete damage to the field.

Scenarios like this most often happen when it has been raining for a couple of days or sometimes maybe a flood, or because of a bad drainage system.

In North America, there’s a nonprofit organization known as NCAA (National Collegiate Athletic Association) that has a law;

If any field official detects lightning then a 30 – min delay can be called and if the situation does not improve for a considerable amount of time then rainout or the game is stopped for the weather can be called out.

In many cases, we’ve seen soccer games been played in rainfall or in other weather conditions in international and domestic soccer league games.

Throughout the history of soccer, we can see some of the big games with high voltage that were also called off due to extreme weather conditions.

One game that can be highlighted is during the 1999-00 season. Juventus played against Perugia despite the playing conditions of the field was bad.

Juventus lost the game by an own goal by Steve Slutz and in the end, lost the Scudetto (league title) to Lazio. 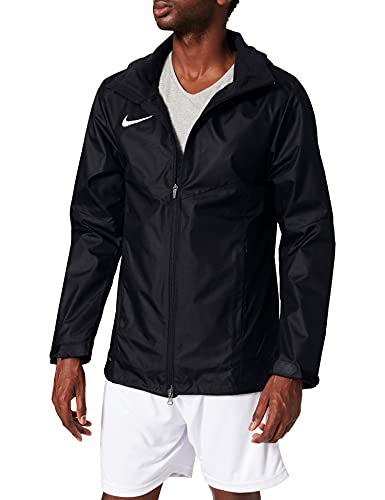 Even in modern-day soccer, we have seen games being postponed such as in 2012 both in SFL and Seria A.

High voltage soccer games were canceled and postponed due to bad weather situations due to heavy snowfall which made the field unplayable.

In 2011 Juventus and Naples games were also canceled off due to the flood.

Even in France, an important game between PSG and Brest was canceled due to bad weather conditions.

Mentioned earlier, lightning and thunderstorm is a vital reason in soccer for a game to be canceled off.

One main example was the A-league game in Australia where Brett Emerton’s much-anticipated game against Perth Glory was postponed after his hometown side was unable to travel to Sydney in December 2011.

Thunder and Lightening and soccer games

Thunder and lightning storms in Australia’s west prevented flights from taking off in Perth.

There are also incidents of an international game being canceled of and one of the examples is the game between Poland and England.

It was a world cup qualifier game and it was canceled for the unplayable conditions of the field.

In a very rare condition of a game to be canceled due to extreme heat was the game between Perth Glory and Melbourne FC.

There’s also another surprising natural phenomenon which is the volcano eruption that played a hand in a soccer game that was in between Barcelona and Inter Milan.

Can soccer players Train in the rain

Many managers, coaches, and players have a different type of rules for practicing soccer in different conditions.

When we see that a team plays an away team such as in the champions league the team takes some time to understand what to practice to get the best out of that away game.

Conditions of the weather are an influence on the team’s choice of style of play and tactics.

We have seen that when a team goes to play an away game in Russia, they always need to consider the Russian icy conditions.

In Middle East soccer, weather plays a vital role in the player’s fitness. Heat exhaustion can play a major factor in peak performance.

Sometimes practices also are called off just like the regular soccer games if the conditions are not favorable especially when it comes to outdoor practice.

When to cancel soccer practice?

Cancel soccer practice if the conditions make it dangerous for the players.

This can be due to the rain restricting vision or the field becoming waterlogged.

Try and play if possible as it will prepare the players and strengthen them mentally.

We have seen that some cases of soccer games, even practice, and friendly games can be canceled off due to the weather impacts.

Soccer is still one of the games which are even played in heavy weather conditions if the officials think it’s playable.

That’s why we’ve seen all over the world soccer being played on from snowy weather to rainy muddy weather conditions.

But to my opinion, it’s always safe for both players and spectators for the game to be played in a better condition. A weather forecast can prepare the players and fans before a game happens.

Heavy weather and the physical demands

Last but not the least, soccer is a heavy-duty physical game and it tests the players how much can you always adapt to the game condition.

A player’s psychology and game plan have to differ from time to time considering the field condition like when it’s a wet field you have to push a little differently.

Even to make a pass or in muddy field, your shot has to be lifted from the ground slightly so that the ball has the perfect momentum.

But no matter what condition it’s the game is always exciting.

How long is a soccer game?

Soccer games include two 45 minute halves, which is 90 minutes of play. Those who have ever watched a game know that, like many sports, real-time is longer than the match time.
In real-time, the length of a soccer game varies immensely. At the bare minimum, it will be 90 minutes of play + 15 minutes of halftime for a total of 105 minutes.

What is offside in soccer?

The offside rule in soccer is to stop player ‘goal hanging’ – standing near the opposition goal. This also stops soccer from being a long ball game, balls hit from one goal to another.

What are yellow card offenses?

+ Charging an opponent – caution if reckless.
+ Holding an opponent – When the ball is in play and the holding continues.
+ Handling the Ball – When a player handles the ball to break up attacking play. If an attacker + uses their hand to attempt to score a goal.
+ Dangerous play – If a player makes an action that can risk an injury to another player.
+ Impeding the progress of an opponent – If a player holds another player back or blocks a player on purpose, that prevents an attack.
+ Breaking up an attack - where there is the possibility of creating a scoring chance.
+ Simulation - where a player tries to con a referee into thinking that they are injured in order to punish the opponent. If a player tries to make out that they have been fouled.

What are the red card offenses?

Best Soccer Goals (Sizes and Budget For All)

Soccer goals are a crucial part of the game. They need to be the right size for your game, strong for your …

Picking the right soccer ball is can be difficult, especially if you’ve not kicked that ball before. Not to worry, here we …

With so many soccer cleats on the market, it’s difficult to pick which are the best cleats for you and your game. …

Is Soccer a Sport (Activity/Game/???)

Is Soccer Just Kicking a Ball Around? (inside Tips)

Play Volleyball with a Soccer Ball (Yes But …)