Ever since I began my soccer career at the age of five, speed has been one of my top strengths.

I’ll admit, there was a time when I was not the best player technically, but I always had my speed as an advantage.

Most people would not guess that a fast, small player like me played central defender at Division 1 and now professional level.

Outside back and forward are two common positions for fast players, but fast players can excel in other positions depending on their unique skillset.

Speed is an important element in soccer, but coaches must assess many more key considerations when choosing a position for a player with pace.

Is pace important in soccer?

While soccer requires several different physical, mental, and technical skills, the pace is an important one. There are many times in a game where players must cover ground quickly.

Being fast does not guarantee that a player will be talented, but it is a very helpful athletic quality.

In looking at the top teams in the top leagues around the world, you will see many exceptionally fast players.

The Meaning of Pace in Soccer

Pace comes into play for soccer in several ways. For example, the pace may be over distance.

There are players who are very fast in big spaces. These are the kind of players who can meet a long ball played over the top of opposing defenses.

Another type of speed in soccer in smaller sprints. This form of pace is used extremely often in the game. Players must be able to cover 10-30 yards quickly.

Players who are fast in shorter sprints can beat opponents to the ball or to space.

Soccer players may also specifically have quick acceleration. A player with fast acceleration may not always win in a longer sprint, but they can use their acceleration to beat other players with the ball.

They can create just enough space to get a pass or shot off. Quickness or agility is another kind of pace players can have. Players with this kind of speed are incredibly fast in small spaces.

This helps them beat players with crafty moves or be able to react to the opposition’s attack and win 1v1 battles.

How do you use pace in soccer?

There are many key ways that players use pace in soccer. Here are some examples:

The most important way to use pace is to time when to use it effectively. Recuperation is part of the game, so there will be moments in a game where you can recharge.

Knowing the patterns of play in a game and your opponents will give you an insight as to when you can exploit the play with pace.

Be on your toes ready to sprint – this quick action will give you even more of a head start. By sensing the opportunities, the pace will put you in positions to have an easier attack or to easily stop the opponent.

Strikers and wingers will often use their pace to run behind the opponent’s defense – most of these runs will result in nothing, where the ball can’t be played, it gets cut out, or you don’t get seen.

Keep giving the through ball options to your best passers.

What position in soccer runs the most?

Central midfielders are involved in both the attack and defense, so they cover the most ground in a soccer game.

Tracking technology MLS player Beckerman found that he covered 9.5 miles in a game.

Midfielders cover the most distance in a game, but they do not necessarily do it the fastest.

The real question is who runs the fastest in a soccer game. The study Physical demands of playing position within English Premier League academy soccer found that outside backs and wide forwards produced;

There are several great position options for fast players depending on their other skills. Soccer is about creating chances, taking them, and also stopping the opponent from doing this.

The two most dangerous areas on the field are at either end of the field. Goals can be scored and lost.

If the defense has pace, their recovery runs can be used to push up the field – creating a high line.

This high line will put the team in closer contact to link play and if the ball is played behind the defense, the fast-paced defenders can recovery quickly and between the goalkeeper and attacker.

This strategy works the opposite way for the attackers. Fast-paced attackers will have the defense retreating back to their goal to stop any run behind them – this creates gaps in their team between defense, midfield, and attack.

However, although these two areas can be critical, the pace can be more effective when there is space to use the pace.

What two positions run the most in soccer?

Most often, you find fast players as outside backs or forwards. This is because there is space to utilize the pace along the touchline.

Goalkeepers are ready for any balls that are played through – they act as a sweeper to stop this strategy.

But, when you play a ball down the touchline, the GK won’t normally go this far away from their goal.

The touchline is where to use of pace is most effective throughout the game.

Consider several other factors aside from speed when positioning players in the team.

What to consider when positioning fast players

Ultimately, you want to choose a position for a fast player that allows them to use their strengths.

You must evaluate your formation and the player’s other strengths and weaknesses to choose a suitable position for a player with pace.

Outside positions, like full back, wing, or forward are common for fast players.

However, you may also find center back as a suitable position for a fast player who is strong defensively, lacks finishing qualities, and is not as fit. 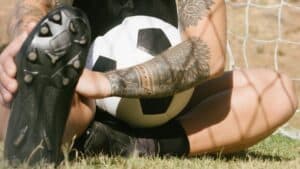 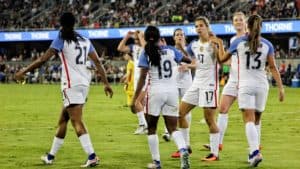