Snookball/Footpool (All You Need To Know)

Some people love soccer, and others love playing pool. But if you love both, you don’t have to choose between them; you can play them as a combined game.

Snookball, footpool, futpool, or Soccer pool, is an exciting and engaging game combining pool and soccer. The concept of a snookball is that the field is a giant pool table with pool balls that are mini soccer balls. These balls are potted using the foot instead of a cue stick like a traditional billiards pool.

In this article, we shall delve into everything there is to know about snookball, including:

Snookball is a fun game that can be played by all of the family, so let’s find out more.

Pool, popularly known as pool billiards, is a cue sport played on a table with 16 balls. The table used to play pool has six pockets along the edges where the balls are potted.

You can play different games on this table, including seven-ball, eight-ball, nine-ball, ten-ball, black ball, straight ball, one pocket, and bank pool.

Whoever clears their balls and then pots the black ball wins the game. Playing using the solids or the stripes is designated by having an opening shot, and the type of ball you pot first is your designation.

There are two common names for the same game;

How Big Is a Snookball Table?

The snookball table has to be a giant pool table since players have to kick the ball with their feet. Usually, the table is 3.5 by 6 meters. You use your own feet rather than a cue on this true-to-scale billiard table.

How Do You Play Snookball?

The billiard eight ball is the most popular version of snookball. But instead of the cue stick, you use your foot for potting the balls, which changes the experience. As much as it is a billiards game, the experience is different from playing a standard billiards pool.

As much as there are standard rules, in-house rules also apply. You can also come up with your own rules with your opponents to make the game more interesting. 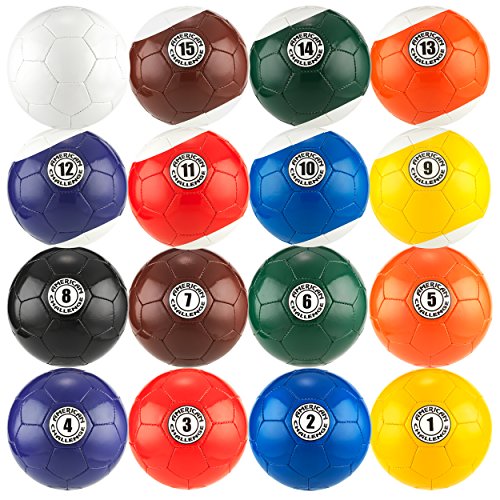 To play snookball, you need a giant table, two players or two teams, or up to seven players on a team and soccer pool balls that are distinct into two (preferred solids and stripes but can also be different colors), and a black ball and a cue ball.

There are a few options to play snookball. For a temporary setup, you can get the inflatable game from Amazon. For someone looking for a more permanent setup, there’s a fixed wooden-type game. Click the images for more details to Amazon. 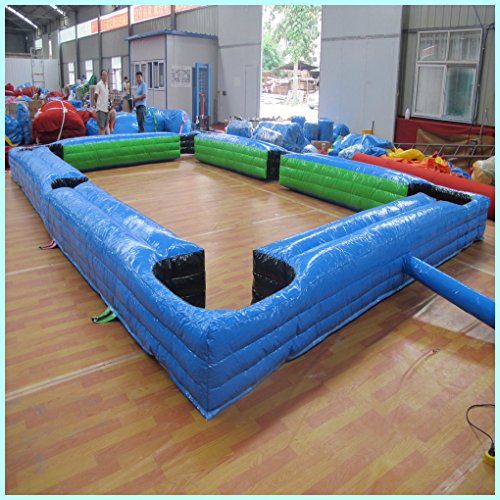 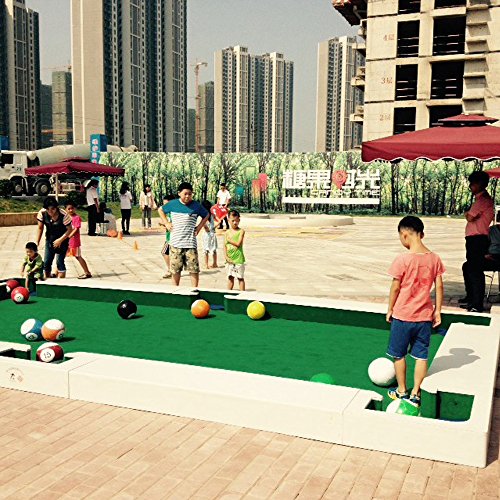 Before starting the game, you have to set it up appropriately. Here’s how;

The snookball game starts with a player kicking the cue ball onto the racked balls to break them and possibly pot one ball but not the eight ball.

The rules might not be strict, depending on your game. If the game is competitive, you can opt to make the fouls more stringent.

In different competitions, different rules apply. For instance, organizations like the United Kingdom Footpool can have their own rules depending on events and occasions.

The following are considered fouls when playing snookball:

A player can only lose the game if the following happens:

There can also be a stalemate when:

The game is a great activity to have fun and exercise simultaneously. With the combination of two games, this emerging game is engaging and a great way to hang out with friends and create new friends.

Snookball is a fun and friendly way to enjoy an afternoon with friends and family. It’s a playful game for the whole family. There’s no competition in the game – the aim of the game is to laugh.

Are Vans Good For Soccer? (Footwear You Need)

What Soccer Balls Are Filled With (Pro Setup)

Can D3 Soccer Players Go Pro? (Guide to The Top!)

What is a Center Back in Soccer? (What It Takes)