When a player gets transferred to another team, what guarantees do they have? I have looked at some examples, to see how it works.

There’s a difference between soccer teams in the USA and Europe. The MLS is structured differently because the teams are a franchise to the MLS. For example in the English Premier League, the teams are businesses.

So when a player in the MLS signs a contract, they sign with the MLS. Also in the States, each team has a budget set by the league on how much they’re able to pay players.

This is dependant on where they finish in the league.

Looking at research from Law in Sport, their quote shows that there are terms of whether a contract is guaranteed.

The contract is dependant on the age and length of service to the MLS;

MLS player contracts are guaranteed for all players who are at least 24 years old and have a minimum of three years of service in the MLS.

In the MLS, the team and the split the fee based on a player’s contract, because the team is a franchise.

Do players get part of the transfer fee?

The transfer fee is kept by the league and team in the MLS. In Europe, the team gets the fee and the player will receive a signing-on fee from their new team.

The Beckham Rule or Designated Player Rule was brought in 2007. This is to allow MLS teams to compete with the international soccer market and not be restricted by the rules of the MLS franchise system.

It’s called the Beckham Rule because in 2007 he was the first player to sign under the new system.

A team is allowed to sign 3 players outside of the salary cap. Money can be used from another player’s slot, which is not used.

The latest Beckham/Designated Player laws from 2012 – from Wikipedia

While Beckham was playing for Real Madrid in Spain, his team had a 50% share of his image rights.

Selling shirts and endorsing products. Under the MLS they able to use this to pay for the larger wage.

It would take extreme measures to violate these contracts as there’s a great deal of money involved.

As we have discovered, each soccer player is under a contract with a team. This contract signed with the MLS and the team as a franchise endorses it.

Like any other contract, it’s written in the law and needs to be fulfilled. The contracts for soccer players are over a number of years.

Signing a Player and their Contract

The first team that puts the player on their list has the right to negotiate with that player first.

How Long is a Contract?

The highest-paid player in the MLS is Zlatan Ibrahimovic and in 2019 he is nearing the end of his contract.

It’s normal for an older player to sign a one-year contract.

The third highest-paid player is Michael Bradley. His contract is also coming to an end. He signed his contract in 2014 and it’s ending in 2019.

The most popular length of contract in soccer is for 5 years. The longer the contract, the more rights the team has over the player.

With a longer contract, the player can demand more money.

In La Liga, Spain, when the players sign a contract, the teams need to assign that player with a valuation in their contract.

That’s so any team is allowed to buy that player by making a bid. If a team games the valuation of that player in the contract, the team allows that player to speak to the bidding team.

For contracts in Spain, the teams will generally put a high price ticket on a player to ward off any likely buyers.

Figures for these contracts can be beyond $500m! This fee is to guarantee to be able to talk to the player and purchase at that price.

The downside to putting a high valuation on a player is that when the player signs, they can demand higher wages.

In the English league, there’s no amount named for a player in their contract. If a team wishes to purchase a player, they will make a bid to the team and it needs to be accepted for the bidding team to talk to the player.

Unlike the MLS, teams in Europe are companies, they’re not franchised to the league.

So when a player signs a contract, they sign with the team and the league oversees it.

Before 1995, when a player finished their contract, the team still owned the player.

The contract was mainly there for the salary and terms of a player. In 1995 Jean-Marc Bosman wanted to leave his team and sign for another, but the teams could not agree on a transfer fee.

The player felt like he was being restricted to a move and the case was brought to court.

A new law was passed after this case that restricted a player from being held at a team even when the contract had expired. This was passed in the European Courts and applies today.

When a player reaches the end of their contract, they’re able to speak to another team and there’s no transfer fee involved.

This ruling and law change made teams sell players during their contract so that they earned a fee.

It gives the player more power as they can see out their contract and move freely to another team.

Why do soccer teams sell players?

Soccer teams sell players to reduce their wage bill, bring in new players, develop other players or the player is no longer performing.

There are cases of injured prone players being sold – teams can see the player will spend more time in the physio room than on the field.

These are some of the many reasons teams sell their players. Sometimes a soccer team sells their best player, to the shock of the fans.

Although selling your best player can seem like a strange decision, there are many reasons why it can be best for the future.

If a team can get a large amount for one player, they might have a deal to bring in two other players that will overall strengthen a team.

There are fewer surprises of players moving teams in the MLS because of the franchise system and similar budgets. This is a lot different in Europe.

So the bigger teams can buy the ready-made player. Whereas the smaller teams focus on developing talent.

From global salaries, we can see how popular each of the sport are from countries around the world.

America has a greater population in comparison to the other countries on the list. Do the attendances match the salary earned by the players?

Looking at the sporting salaries for the countries across the world. The EPL is in the number 1 position and the MLS is in number 16.

So to compete with teams around the world the MLS had to introduce the Beckham rule to grow.

Although the MLS is lower on the list, its popularity is ever-growing and the money in the game in catching up with the rest of the world.

A soccer player’s contract is similar to an everyday job, although 4 weeks’ notice to end a contract would cost the player a small fortune. 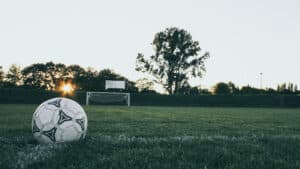 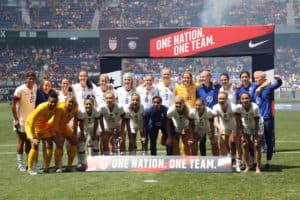 Women’s Soccer Success and Challenges: You Should Know 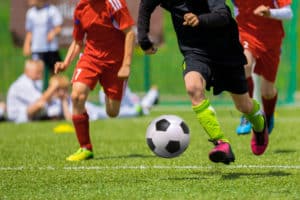